When we think about making a list of bad habits, we usually think of things like smoking or overeating or not cleaning up after ourselves.

But what about the bad habits that involve our attitudes or how we live our lives?

Whether you’re coming up with New Year’s Resolutions or just hoping to make an improvement on your life, here are a list of bad habits to avoid in your life, relationships, friendships, and attitude.

They are bad habits because they are bad things we learn to consistently do.

If you want to get on top of actually getting rid of those habits, check out this awesome printable habit tracker.

1. Putting Off the Most Important Thing Until Last

Whether it’s a household chore that really needs to be done or that productive thing to do on your phone your business decisions that need to be made, many people develop the bad habit of doing everything but the most important thing.

Have you ever had to do something that really was the priority, and yet you spent hours cleaning the house, coming up with random things to do or just dancing around the subject?

Whether we’re putting it off because it would take the most work or we’re just dreading getting it done, putting the most important thing off until last means you’re usually not going to do it as well as you could or you’re going to run out of time, or you’re going to be frantically freaking out at the last minute and not able to stick to your plan.

Do the most important part of your day first, if possible, and you’ll find that everything afterwards is much easier.

One of the best books on this subject is called “Eat the Frog” and has helped people avoid procrastination in life-changing ways.

2. Failing to Show Up

This is both a practical bad habit as well as an emotional one.

Similarly, you can fail to show up in other people’s live emotionally, and that can even be worse.

Make sure you’re checking in on your friends and not just living in your own little world.

Be aware of birthdays, anniversaries, and special dates so you can make sure to reach out and be a “presence” in other people’s lives.

3. Being Obsessed with Yourself

You know the person who won’t stop talking about themselves and their own stories and can barely let you get a sentence in without turning it around on themselve?

Being obsessed with yourself isn’t just something that classic narcissists deal with.

It may be that you are going through something where you feel as if you have no energy for other people or to be involved in their lives.

The problem is when this becomes a habit and you’re so obsessed with yourself and your own struggles that you don’t ever step outside yourself to help others or experience other areas of life.

It’s also super boring listening to someone talk about themselves all the time and never be asked how you are, so just don’t be that person.

This is a bit of a practical bad habit as well, but a universally bad one that has never helped anyone: mindlessly scrolling the internet.

The internet has given us incredible access to resources of all kinds, and much of that is good, but when you find yourself scrolling through Facebook for the 36th time today or mindlessly taking quizzes on Buzzfeed, it’s probably time to stop and quit social media.

Sometimes, the solution is just to stop and go to bed, other times it might be to go read a book, watch a movie, call a friend.

Anything else that you can think of, go do that.

Making excuses is such a bad habit that we get into when we want to shirk off responsibility for something.

It doesn’t always have to be making excuses to other people either.

It can be making excuses to yourself.

Let’s say that you have set a goal are trying to lose weight and you are constantly making excuses to yourself.

Whatever it is, making excuses often only hurts yourself.

If you’re struggling, you need to pinpoint why and try to fix it, not just make excuses for everything.

6. Expecting People to Read Your Mind

Whether in relationships or friendships, some people have a bad habit of expecting people to read their mind.

You expect everyone else to be on the same page as you, and when they don’t live up to your expectations that you never voiced, you get upset.

Some things are obvious and you shouldn’t have to tell people that you expected to be treated with decency, but let’s say your love language is giving gifts and you expect that you will exchange extravagent gifts on your first anniversary.

If your partner’s love language is quality time and just wants to spend the day with you, but has nothing to give you, you might feel slighted, but you’ve expected them to read your mind about what you wanted.

Try to speak up and speak your mind and not expect other people to always know where you’re coming from or what you want – that’s one of the best habits there is.

It’s one of the most important things on this bad habit lists to fix, because it can really impact how you relate to other people.

Everyone is going through their own struggles.

Judging other people is a bad habit that probably stems from how you feel about yourself.

People are doing the best they can, and if you find yourself judging everyone around you on a constant basis, maybe think about how happy you are with your life and what the real problem is.

Being late is one of the worst bad habits because you just constantly look unreliable and you rob yourself of the chance to experience life fully.

There is really no excuse to be a late person on a regular basis.

If you have a hard time managing time or figuring out how much time something will take, think about how long you think it will take and then triple it.

Doubling it is often not good enough if you’re a chronically late person.

You really don’t want to be the person that people have to lie about the start time to in order to get you to show up on time, because you’re an adult and you need to be able to keep your own time.

When you show up late all of the time, you’re giving off the vibe that you are more important than everyone else who showed up on time and that your time matters more.

And sorry, it just doesnt. 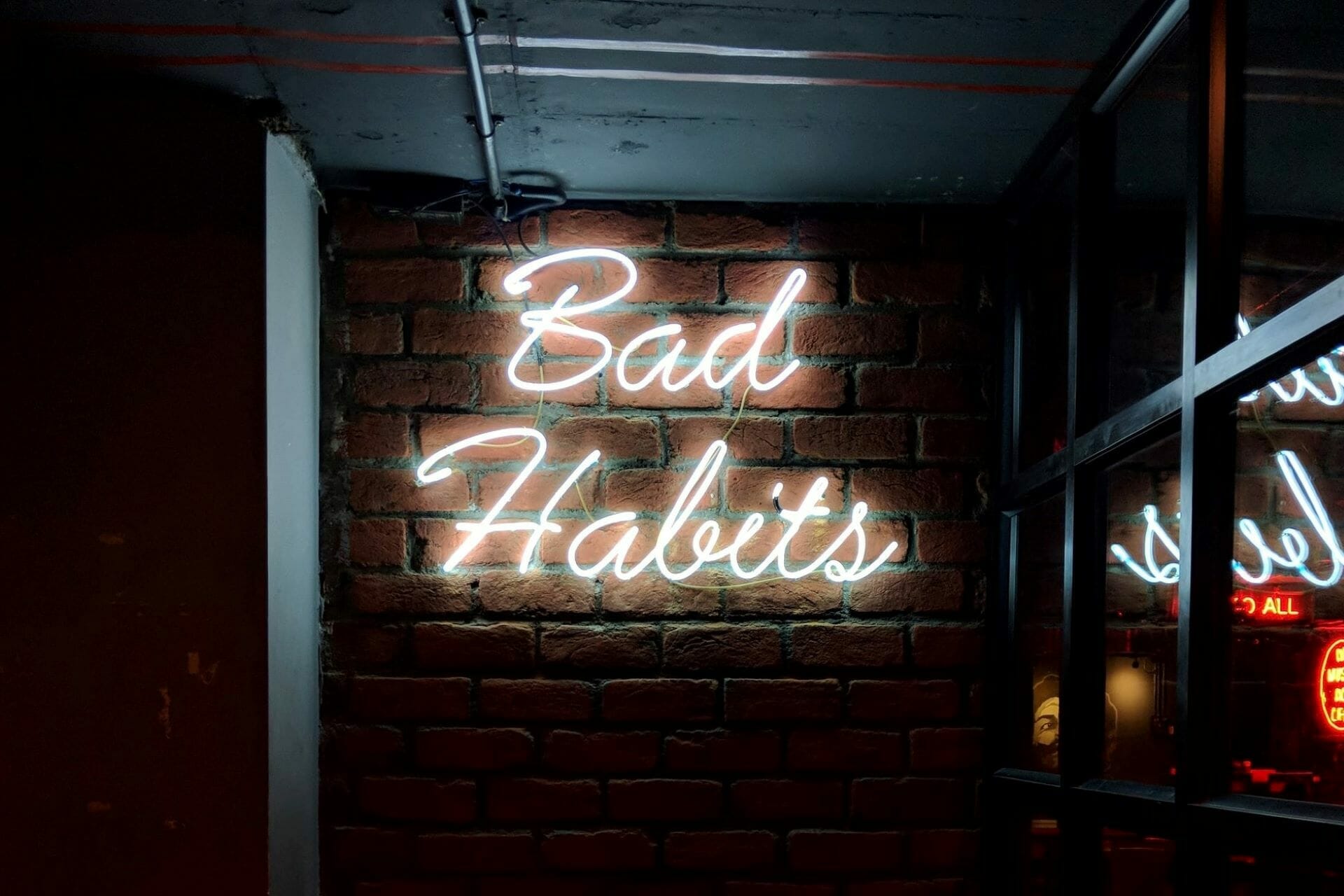