Social media is one of the biggest thiefs of joy in our modern society, and despite many people’s attachment to it, I’ve got 9 reasons to quit social media that you should really think about.

But before you do, be honest with yourself.

You can read these reasons to quit social media and think carefully about each one, but first make a list of all the negative things social media brings into your life.

Are you so obsessed with Instagram that you ignore the people around you to keep scrolling?

Does seeing people share their tragedies and GoFundMe’s on Facebook increase your own anxiety and make you worry about staying positive when bad things happen?

Are you constantly tired from the 24/7 news cycle of Twitter and reading everything bad in the world?

Before social media, much of the news we received, whether that was from friends or actual world news, came at specified times.

We would call a friend up and expect to hear what was going on in their life.

We would turn on the nightly news and know that we would then be informed.

Now, you could be standing in the line at the grocery store, scrolling through your phone, and you’re being bombarded with news and images from all angles as you sit there and scroll.

It’s not going away any time soon, fact.

But you’ve got to think about your social media carefully and what platforms you engage on, as even just quitting one social media platform can give you so much of your life back and help you keep calm when stressed.

Here are the main reasons you should think about quitting social media and what you’ll get instead.

1. Get Your Time Back

First and foremost, quitting social media gives you so much time back.

Have you ever installed a time keeper on your phone to show you how much time you’re using on social, on the internet, on other apps?

The results can be truly shocking.

We end up clicking on social media apps without even thinking it, aimlessly scrolling through Facebook without a second thought.

And for some of us, we don’t even stop with one scroll.

It’s not uncommon for people to spend hours each day on social media apps, or literally spend the entire day just sat on their phone, scrolling.

Those hours and minutes add up and become days and months of time just spent doing a lot of nothing.

We’ve all got a limited time here on Earth, and when you zoom out and think of yourself spending so much of it staring at a screen, seeing what other people are up to, it really hits home that you’ve got to quit as much social media as possible to live the best life you can.

You’ll get back more time to stay focused on your goals and stick to your plans without getting derailed.

2. Focus on Yourself and Not Other’s Accomplishments

Social media has turned our world into a constant “keeping up with the Jones’s” situation.

It can become a lot of mental effort to keep the focus on other people so much, and mostly it just leads to jealousy for many of us who are seeing people post gorgeous beach photos from their latest vacation while we’re stuck at home.

Even for people who are posting about their failures or tragedies, the toll this can take on us is a lot – you constantly feel like you’re reacting to or responding to other people’s lives.

And of course, we are inherently social creatures and you should care about others, but social media widens our net so much that I think we end up having to respond to too many people’s news and updates in a way that humans weren’t meant to.

Mostly, quitting social media encourages you to focus on yourself and improving your own life, which seems like a selfish statement, but isn’t.

We shouldn’t be competing with everyone else and comparing ourselves to them, for better or worse, but instead trying to be better people than we were the day before.

One of the most exhausting things about social media is the 24/7 news source that it creates.

Whether it’s a tsunami in Japan, the coronavirus outbreak, gun violence in America or the polar ice caps melting, it seems that we are inundated with the news at every turn.

When breaking news happens, we get social media notifications, we have to “check in” to show people we are safe, we have to be up and current and always on the pulse whether we really want to or not.

At first, this seemed great as social media started to evolve.

We didn’t have to wait for the next news cycle, we could get it from real people in real time.

Citizen journalism took off, and suddenly the news infiltrated our social networks and became just another thing shouting at us from the screen.

And it is great, to some extent.

Particularly in rapidly developing situations, it’s good to not have to wait to read the newspaper in the morning and instead know what’s going on, but mostly it’s just exhausting and gives us information overload at any one point.

There is a limit to how much we are able to take on board, and once we reach that limit, the rest just becomes noise.

Right, I’m all about success and teaching you how to do it practically, but sometimes the pressure of social media isn’t the right pressure we need to succeed.

In fact, it can be downright depressing, not inspiring.

There’s a difference between seeking out success stories to inspire you and spending the whole day scrolling through Instagram and seeing people’s bodies that make you feel like yours is terrible and gross and no good.

Like I said, you should be competing against yourself and comparing yourself to the day before.

Often, the biggest influencers and celebrities on social media have a ton of money and aren’t showing you the extra trainers, nutritionists, or chefs they have to help them look like that.

Removing social media from your life will give you a more accurate perspective of what people look like around you and what people’s lives look like.

I’m not saying to not strive to be more or better, I’m just saying that sometimes social media isn’t the right source.

Social media is the worst for “fake news.”

People will share things so easily, that you are constantly bombarded by things you need to fact check.

Even positive news can be false, including the pictures of dolphins jumping in Venice that people said happened due to the canals being empty during the coronavirus outbreak.

I mean, great story, but it wasn’t true!

Remember e-mail spam chains with stories that weren’t true being spread around?

They’ve just come to social media, and instead of it just being your grandpa that sends them to you, it’s everyone.

This can warp your world view so much without even knowing it.

It’s one thing to make opinions off of validated news sources, but it’s another when suddenly you start to believe everything you see on social media.

It becomes your new normal, your worldview based off of news items that are completely made up or spam – don’t let that become you.

6. Learn to Connect in Person

We rely so much on social media that it can actually be difficult to remember how to connect in person.

Quitting social media gives you that freedom to start living as humans were meant to live, with in-person human connection.

Honestly, it doesn’t even just mean you have to see them in-person because of course there will be people who live far away from you that you want to talk to, but you’d be surprised how awkward it can be to Skype or talk over the phone to someone that you’ve only talked to over social media for the longest time.

When we remove social media, we basically force people to get in touch with us in other ways and we get back to having longer conversations, meeting up for coffee dates, and engaging in each other’s lives in a more full way than just a like or a share here and there.

It forces us to work on our conversational skills, and also it’s just nicer to connect with a voice or a person in front of us than a status on Facebook.

In some ways, social media takes the humanity out of being human as our friends and family all become screens and profile pictures.

It might feel the same in the moment, as we know there’s a person behind that profile, but the longer we go without interacting with the actual person and the longer we interact with the social media version of them, the more we lose in our relationships.

7. Find Your Own Happiness

At the end of the day, social media is a distraction.

For many of us, it’s a distraction from the things that make us unhappy.

We can forget about the world around us for awhile while we scroll through other people’s lives and try hard for “internet points” and stop taking steps to fix the things in our own lives that make us unhappy.

Even if you don’t realize you’re consciously doing it, going on social media gives you a short term “happy hit” that we can become addicted to.

That scrolling, opening Facebook, tapping “like” isn’t just something you do when you’re bored, it can be something you turn to when you want to feel happy for a second.

The problem is, that happiness doesn’t last.

When we close the apps and we’re alone with ourselves, we then have to face the actual reality of our lives and what we want them to be.

Honestly, think of how many people go to bed while scrolling their phones and checking social media.

We can’t even fall asleep without needing to distract ourselves with other things.

Finding your own happiness and what makes you happy in the real world, away from social media, is something that’s much easier to do when you figure out how to cut down on social media.

8. Try New Things (that Exist in the Real World)

When we remove social media from our lives and get all of that time back, we’re more able to try new things and take up new hobbies because we not only have the time, but we also have the mental energy that isn’t taken up by the constant exhaustion of social media.

Now, of course, some things may take place on screens, still.

Maybe you want to learn to code or take an online course, and obviously this is something that you need a computer for.

But it also gives us more time to do physical things in the world around us.

Maybe you’ve always wanted to take up baking and learn how to decorate cakes, or maybe you want to work on your fitness and get outside more to go on runs.

Maybe you want to learn sewing, or spend more time with family and friends, or learn photography or a million other things you can do when you stop spending so much time just keeping the scroll going.

There’s something really nice and life-affirming about existing in the real world, away from the ever-changing and quickly replaceable world of social media, and I think you owe it to yourself to do more of it! 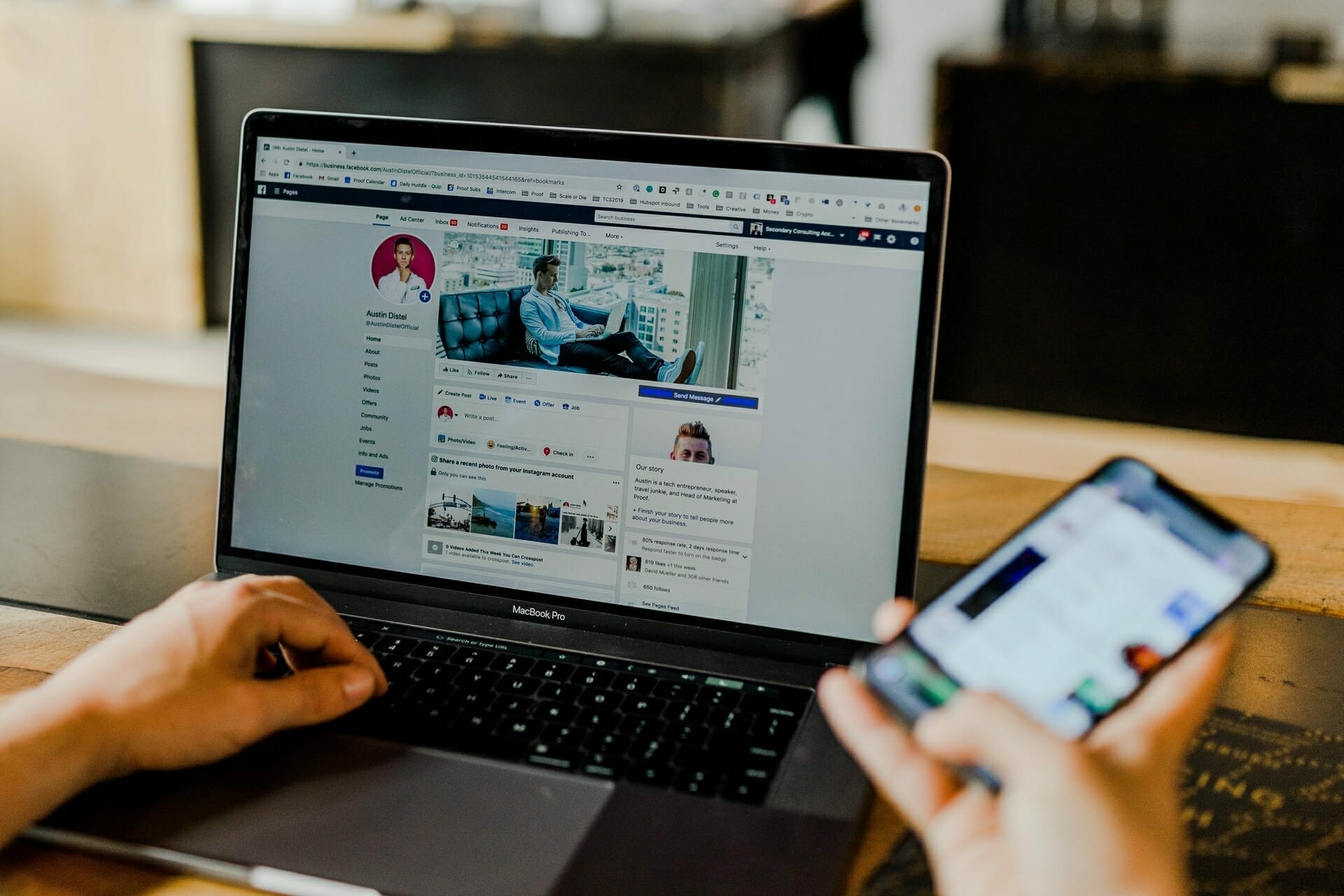