Whether your husband is selfish with his time, money, or other resources, learning how to deal with a selfish husband is one of the first steps in determining if the marriage can be saved.

Selfishness is not always a bad thing – sometimes, we should be putting ourselves before someone else in order to preserve our mental health or to “fill up our cup” as it were before we’re able to be there fully for someone else.

But mostly, relationships should be a balance, and when you are dealing with a husband who is selfish, it can be hard to feel like you’re ever first in his eyes or that your needs matter.

These tips are going to concentrate both on what you can do in a relationship if you have a selfish husband and what you can do for yourself to reinvogorate your life and self-esteem.

1. Determine the Cause of His Selfishness

Selfishness comes in all shapes and sizes (just like husbands!) and it’s important to figure out the cause of his selfishness before diving into what to do about it.

Some types of selfishness are more noble in cause, like an astronaut who is so focused on his own dreams of going to outer space that he tends to be selfish with his time and his mental capacity.

Maybe your husband is chasing something or so obsessed with his passion that this causes him to be selfish.

While this can still easily ruin a relationship, this is almost an easier type of selfishness to understand as a partner and to figure out ways around.

Then, you’ve got someone who is selfish because they’re just obsessed with themselves.

Maybe they’re narcissistic or this selfishness is another part of their personality trait that even his friends and family notice.

This is more of a “red flag” kind of selfishness, because there is little hope of this person changing and it comes from a pretty negative place.

Finally, is your husband selfish simply because he hasn’t had to think about anyone else in awhile?

A lot of times, marriage makes both partners quickly realize that it’s not all about them anymore.

Even if you’ve been dating or engaged, truly intertwining your life with another person can be hard and taking their schedule and time and thoughts into account when previously you mostly just asked yourself what you wanted to do can be a jolt.

This only goes for those newly married, so if you have been married for a year or more, this probably isn’t the reason!

While you might not be able to exactly pin down why your husband is selfish, thinking about some possible causes will help guide the conversation later on as well as help you evaluate the relationship.

You might be willing to be married to someone who is selfish with their time because he’s an award-winning professor of chemistry uncovering new compounds.

But you might not (and shouldn’t be) willing to be with someone who is selfish because they’re just a terrible person and never think about anyone else’s feelings because they love themselves too much.

2. Choose a Calm, Non-Rushed Time to Sit Down and Talk About It

Often, a selfish person doesn’t realize they’re being selfish if they otherwise have good intentions.

You looking up articles on the internet about how to deal with a selfish husband isn’t going to solve anything.

You have to sit down and talk about it, preferably in a time where you both are calm and in a good headspace (ie, not rushing out the door for work or just resolving another argument).

Finding this time can be hard, but if you can’t talk to your husband about these things, then what in the world is the point of being married?

We’ll talk about some specific ways to talk about his selfishness in a few points, but for now, know that you’re going to need to broach the subject and start thinking about when might be best to do that.

You can preschedule a time and let him know that there is something you want to talk to him about when he gets home tonight, or you can do it spontaneously depending on what you are comfortable with and what you feel he’ll receive the best.

3. Point Out Instances of Selfishness in the Moment

Another option, either after you’ve had a sit-down conversation about it or instead of, is to not stay silent when you feel he’s being selfish in the moment. Instead of letting it all build up, use your voice when something happens.

So if he’s going out with his friends for the third night in a row, but you haven’t had a date night in 2 weeks, say it in the moment.

“Hey, I know you like to see your friends, but I was hoping you would be us first for tonight since we haven’t had a date night in a few weeks and you’ve seen them pretty regularly. It kind of makes me feel like you care about them more than me, to be honest!”

It can sometimes be easier to point things out in the moment that they are happening then waiting to talk about everything at once.

4. Focus on the “I” Statements

Let’s assume that your husband isn’t selfish because he’s a bad person, but just because he doesn’t realize it or is obsessed with some other pursuit or hobby that he loves, even though he doesn’t mean to hurt you.

When you’re talking to him about it, you have to stick to the “I” statements.

Don’t start with, “You’re selfish!” but instead say something like, “I feel hurt and like you don’t prioritize me when you go golfing every day of every weekend and don’t leave time for us to spend together.”

You can point out the specific behavior of his, to make it more specific, and then state how it makes YOU feel.

You can argue about whether or not he is selfish, but you can’t argue about how it makes you feel. It also is a less threatening way to speak to someone when you want a change, because it naturally makes the person a little less defensive.

You haven’t come in accusing him of anything, you’ve simply told him how something makes you feel. And that’s a great place to start.

5. Find Your Own Friends, Hobbies, and Routine

Establishing your own self outside of your husband can help to combat those feelings that he is being selfish.

We’ll talk about being selfish in return in a minute, but it’s never a bad idea to develop your own friendships, your own hobbies, and your own routine or favorite places that don’t necessarily involve him.

Do you feel like he’s selfish because he’s “always going out with his friends,” but really you could be going out with your friends just as much, except you don’t have any?

You should always feel like a priority to your partner, so this isn’t an excuse or a way to completely fix the problem, but while you’re discussing how you feel with your husband, you should also be working on your own personal development so that you aren’t relying on him for all of your happiness or self-worth.

6. Be Selfish in Return

With some resources, it’s always an option to also be selfish with them if you’re not getting through to your husband.

Let’s say that your husband isn’t a natural gift giver and instead spends most money on things that he wants.

If this bothers you and the problem isn’t being solved, go ahead and take it as a sign that you should also be selfish and focus more on buying things for yourself that you want rather than gift giving.

For some people, this spells doom in a relationship, but for others, it’s just a natural way to deal with a personality trait of a partner.

You could be really upset your husband doesn’t give you nice gifts on your birthday but doesn’t mind spending hundreds on a new golf set, or you could accept that that is how he is and do the same when it comes to his birthday and your own purchases.

Again, this doesn’t work for everyone, but if you are secure enough in other areas of your relationship, it can be better to go with the flow than try and change someone.

People often avoid going to marriage counseling, but don’t look at it as the “last resort,” look at it as something every couple should do to make sure their marriage is running smoothly.

Having someone talk these things out with you and help you communicate and resolve these issues can be key, and while you technically could just go talk to your friends about it, they’re not a professional used to helping couples deal with marriage conflicts and also that can really kill the atmosphere at after-work drinks quickly.

If your husband’s selfishness has gotten to the point where you feel like you’re not getting through to him and nothing is changing, don’t be afraid to bring up marriage counseling as something you would like to pursue.

His response will tell you everything you need to know about whether he wants to solve the problem or not. 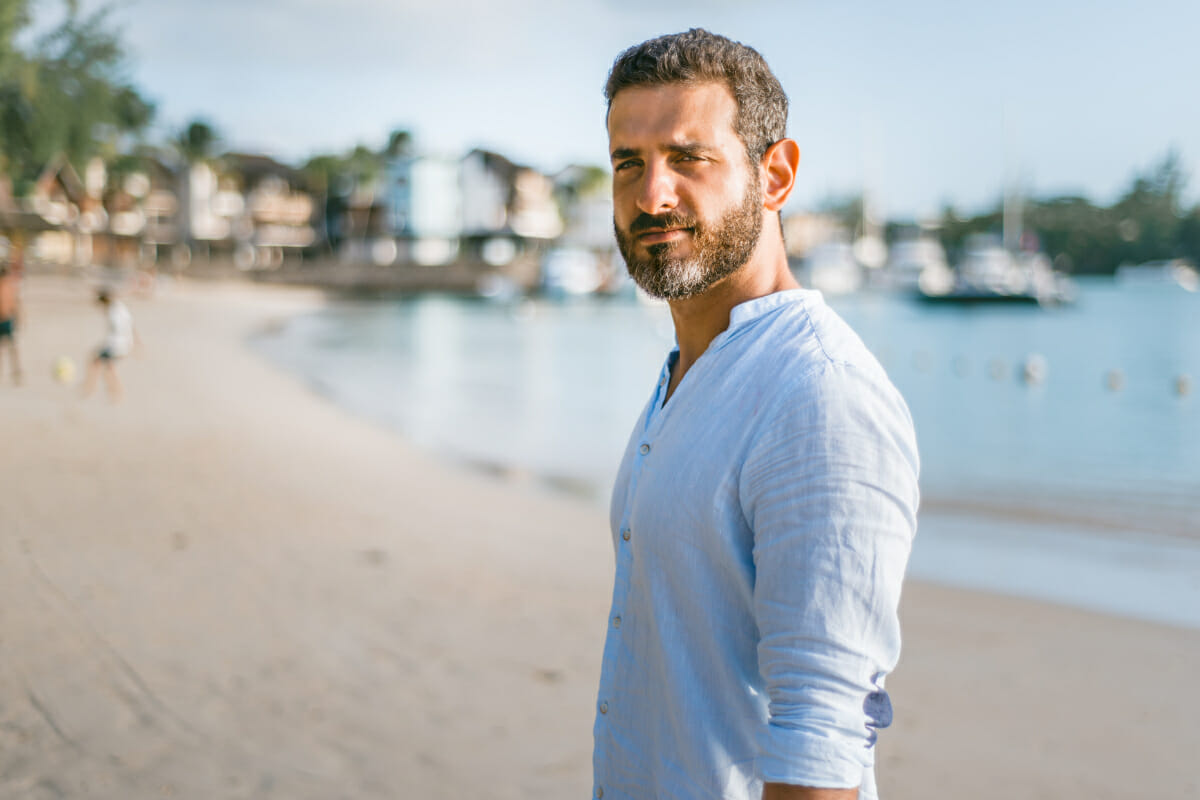