If you’re wondering about arguing early in a relationship, I want you to know before you read the rest of the article that I’m going to be honest with you.

You’re probably looking before you’re hoping that I’ll say that it’s not a bad sign, and that likely you just need to work through your communication skills or that maybe the person is having a bad day, but I’m going to go a different route.

The fact that you even looked it up suggests that it is bad enough that you are fearful of what it means for the rest of the relationship, and that’s not a good thing.

Arguing early in a relationship is an extremely bad sign, though not always fatal, but something that you need to come to terms with using the guide below.

Why is it a Bad Sign to Argue Early in a Relationship?

At the beginning of every relationship, there is a “honeymoon” phase where things usually go pretty swimmingly.

You’re all hopped up on endorphins and lovey feelings and you can only see the good in someone.

And if you can see the bad, you put it out of your mind because it feels like not a big relationship dealbreaker, as well as trying to present yourself to the other person as someone who is cool, easygoing, and going to be the best partner ever.

Arguing in relationships is incredibly common, but we’re talking about early on in the relationship here.

Arguing in a relationship is normal and can be healthy, but when it’s happening and you just started going out?

Uh uh, red flag and maybe one of the dating dealbreakers.

If arguing often is a staple in your relationship in the honeymoon phase, what’s it going to be like when you’re no longer in that lovey dovey phase?

Now, I’m not saying that you should never have an argument early in a relationship.

If you’ve just had a couple, spread apart, that are more indicative that you’re getting comfortable with each other and voicing your opinions, that can be fine.

But you’re looking this up and have gotten this far in the article, which suggests that it is more than just every now and again or rare, and is instead becoming a more common thread to your relationship.

Relationships, in general, are at their best when they are fun and carefree and you guys just click without needing to argue over everything, so my honest advice?

Reasons You Could Be Arguing Early in a Relationship

There are times when, maybe, just maybe, disaster might not unfold.

For instance, if someone happens to meet someone else during a really crazy time in their life, perhaps they are more on edge than normal.

Maybe the world situation (hello, 2020) or situations at your jobs make you both more prone to arguing and normally you’re easygoing people.

But often, you’re arguing early in a relationship because you are a mismatch, or you both have such poor communication skills that everything leads to an argument.

I Want to Try for This Relationship, Though

Many people will still want to try for their relationship, even after acknowledging that it’s probably a bad sign, and that’s totally your right.

I admire your commitment and your love and your plans for the future of the relationship, so I’m going to offer some options of how to fix it.

Just please know that if it continues or doesn’t improve to the extent that you would like for a happy, healthy, relationship, you are better off cutting your loses and letting that person go than staying in a toxic relationship or a relationship that, at the end of the day, just isn’t any fun.

If you do think your relationship is salvageable, you need to obviously talk to your partner about the fact that you’ve noticed you argue a lot and aren’t happy with it.

If this causes yet another argument, then, um, run.

If it doesn’t and they are at least somewhat agreeable “Yeah, I’ve noticed that too, it’s not fun” or open to talking about it, try to get to the root of the problem yourselves.

What do you argue about?

Are there heated topics you need to learn how to navigate better?

Have you both learned really poor relationship skills from your own family and you need to work together to relearn how to live and exist together?

What are your thoughts on the relationship overall?

Are you having fun, but just want to argue less, or is your relationship mostly arguing?

If talking to your partner doesn’t solve things or at least get you on the same page in wanting to solve then, then the final step is to talk to a relationship counselor if you feel like you fall into the same traps over and over again.

However, to get to this place early in a relationship is a bad sign.

Relationship counselors are GREAT, but if you need one for your 2 month old relationship, just have realistic expectations about the outcome.

On the other hand, if you both are on the same page about figuring out your arguing and learning better communication skills, by all means, use an experienced relationship counselor.

But if one person is dragging the other and you’ve only dated for a short time, the chances it’ll last or are worth the money are slim to none. 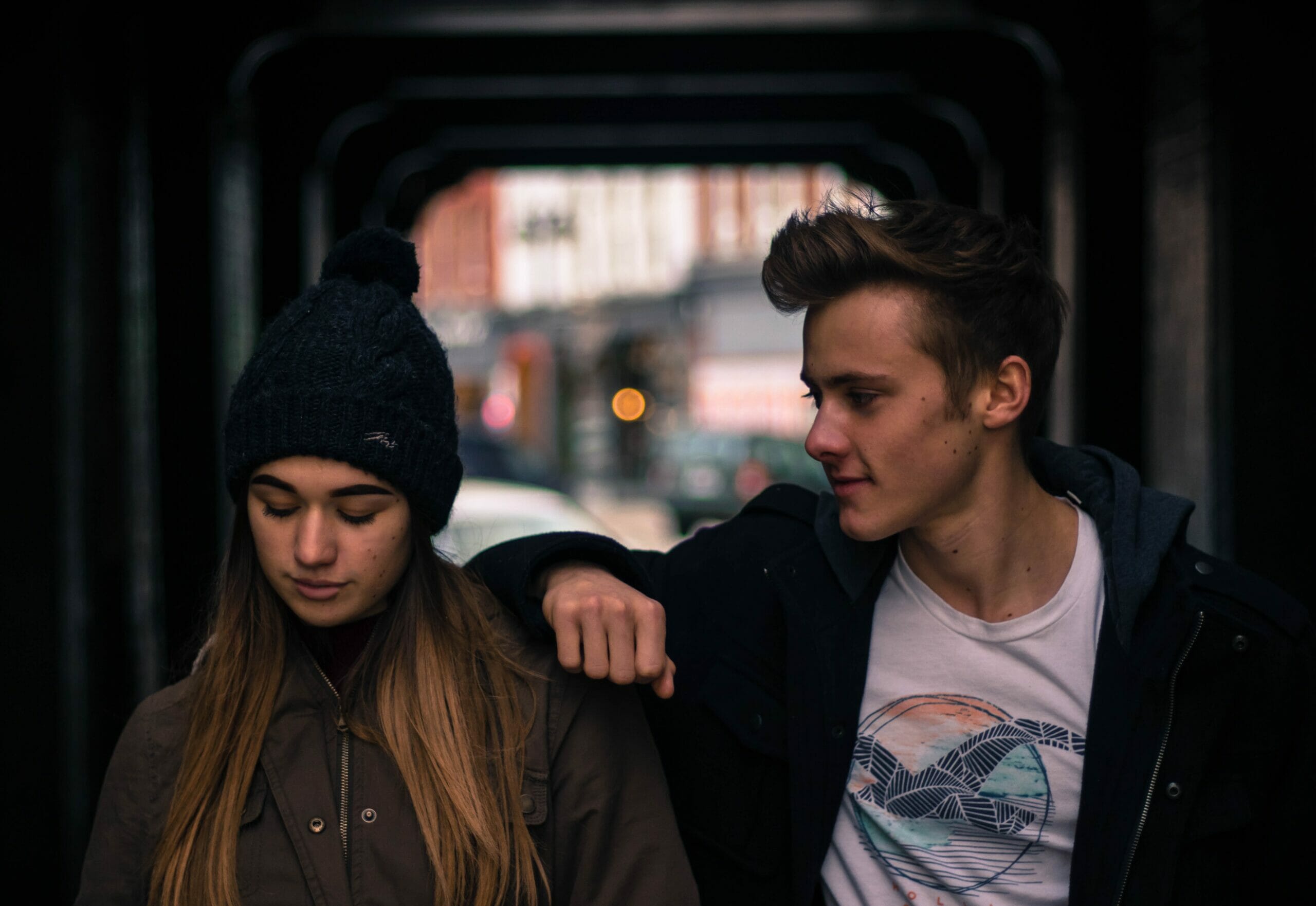