Whether you’re getting into a new relationship and trying to figure out your current relationship deal breakers to avoid, these behaviors and differences in a relationship are enough for you to draw the line and call it quits.

The idea behind a “deal breaker,” of course, being things that you would mean the end of the relationship or would mean not even really getting into a serious relationship.

I think it’s important to have a hard line when it comes to things like these to avoid being hurt in the long run, some stemming from having respect for yourself and what type of person you’re willing to be with, and some having to do with not wanting to be in a position where either of you have to sacrifice your values to be together.

There are a lot of things you can work through in a relationship, but I would put these relationship red flags on your list of deal breakers.

If a person is trying to control you, who you speak to, or where you go, this is an absolute no-go.

It’s obviously normal in a relationship to wonder where your significant other is and who they’re hanging out with, but the second your girlfriend says that you can’t talk to your friend Suzy, you’re done.

A good relationship is built on trust, and someone who tries to control you inherently doesn’t trust you.

And do you really want to go your whole life feeling like you have to ask permission from your partner to do things?

There will be things, of course, that need to be agreed on between you two – maybe you agree that you need to consult the other for purchases over $50, for instance.

Being in a relationship doesn’t mean “no rules,” it just means that the rules need to be equal and agreed to by both of you, not something that your partner tells you to do or not to do.

If they show controlling behavior, goodbye, next!

Life is going to throw so much at you, including people who put you and your goals down.

Your partner should be the last person doing that.

They should be the first person lifting you up and encouraging you with whatever you want to do.

One of the things I love most about my husband is how supportive he is of all I want to do. Whatever my goal is, he’s behind it all the way.

He believes in me and tells me frequently how much he does.

If your partner is putting you down, telling you what they don’t like about you, or making you feel less than or worthless, they’re absolutely not worth it and this is a huge relationship deal breaker that should warn you to end the relationship right now.

You don’t have time to be someone’s punching bag or be there for them to express their self-esteem issues onto.

I say lying about important things because while ultimately the ideal in a relationship is that you never lie to each other, it does happen.

However, you can work through lying about some things on a smaller scale – maybe your husband told you he didn’t break the glass in the kitchen because he was worried about how you would react because you have a history of losing it at him if he accidentally breaks something.

That would obviously need help for you to work through, but it’s not a relationship ending lie.

If someone lies about important, big things, like their age, their debt, their history, or something so fundamentally large and life-altering, that is a huge red flag that should make you question what else they’re lying to you about.

4. Keeping You Separate from Family and Friends

If they’re trying to make you cut ties with your family and friends, that’s a sign of controlling and potentially abusive behavior because you then lose your support network and are relying entirely on them.

None of these are particularly inspiring reasons and are definitely relationship enders.

This is one of those things that actually isn’t something that your partner has done wrong, but there are a few areas where you really need to agree on your stance and on your values because if not, someone is going to have to sacrifice and be less happy for it.

One of the major things that comes to mind is having kids.

This isn’t to say that people don’t change their minds throughout life, but if you desparately want to have kids and your partner is adament that they will never want kids, that’s a deal breaker.

Not because either of you are wrong, but because going through your life hoping your partner will change their mind (either way) about kids is a bad way to live, and equally having kids or not having kids always means one person is going to be unhappy.

Sometimes, it can be the right person in all of the best ways, but if there are major fundamental differences out of what you want out of life, you need to call it quits before you’re too far in and someone is having to sacrifice what they wanted for the other.

Someone who feels insecure in their relationship is a hurdle that can be overcome, but if someone is so jealous that they can’t handle you speaking to anyone besides them or they get jealous over crazy thing like you hanging out with your sister, then you really need to figure out if this person is for you.

Often, people with jealousy issues to that extent need to work on themselves first before being with someone else.

7. Different Ideas on Where to Live

I mention this one as a relationship deal breaker that many people don’t think of, but as someone in an international relationship, I really think it needs to be said.

If you go into your relationship with two different ideas on where you want to live, say, in two different countries, it’s going to be a bad time.

You can’t split yourself in two, and having one person always unhappy with the place they’re living in is a horrible way to live.

For some people, this doesn’t even come up because maybe both have flexible ideas of where they would live, but if your partner, for example, is super close to their family and 100% convinced they want to settle in their hometown, you’re going to have a problem if your dreams are moving to New York City and never living in your hometown again.

It’s another one of those things where no one is wrong, but sometimes it’s easier to leave the relationship before it gets too intense to prevent heartbreak in the future.

Anger issues don’t always lead to physical or emotional abuse, but they’re not a good sign in a relationship.

If someone flies off the handle easily, rampages through the house, or shows other signs of anger issues, this may be a relationship deal breaker that means you can’t have a happy or healthy relationship, always on edge.

Sometimes people can work through their anger issues in therapy and maybe deal with where they stem from, perhaps childhood issues, but if the person isn’t willing to work on them or they escalate, get out of there.

Relationships should be, overall, equal.

If you constantly feel like your partner is taking and not contributing to the relationship, show’s over.

For instance, if your partner always wants to talk about their problems and never, ever wants to listen to yours or never has the space in the brain to help you or care what you have to say, you’re going to grow inredibly resentful and unhappy.

This doesn’t mean that the relationship needs to be balanced every day.

There will be times when someone relies on the other more, and obviously when things like mental illness or chronic illness or just hard times in your life come into place then the balane may be way off, but if your partner is just super selfish and is always take, take, take then that is a huge red flag. 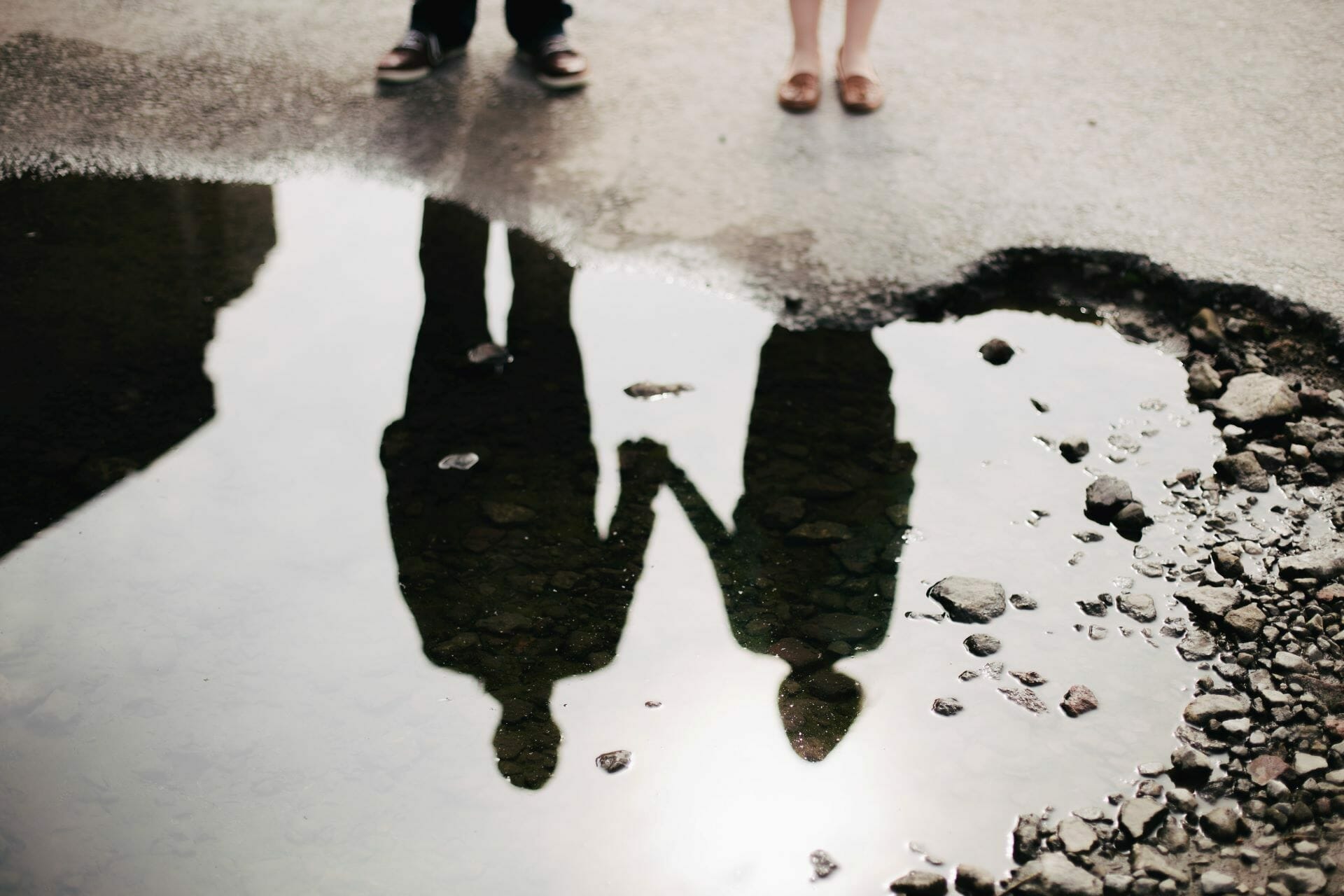