Okay, chatty Cathys, you’re wondering how to stop talking too much because either you’re self-conscious about it or someone has told you that you talk too much.

I want to be clear before you get further in the article that there is something to be said for owning your personality and being yourself.

If you are talkative, that’s totally fine!

It’s not a bad trait!

However, if you fear you’re talking “too much,” which usually comes with being a bit rude to other people in not letting them talk or not knowing when to stop talking or being able to read a room, then this guide on how to stop talking too much is for you.

Not all of these options will work for you, but pick and choose some tactics that you think could help you reign it in a little bit and make sure that you’re not always dominating the room or conversations.

1. Tell Someone Trusted What You’re Trying to Do

If you are self-aware that you feel you’re talking too much or dominating conversations in groups or at work, choose someone trusted and tell them that you’re trying to not talk so much and see if they will help interject or gently remind you in the moment what your goals are.

This could be a spouse, in social situations, or it could be a trusted coworker who knows you’re trying to not dominate meetings so much and can either give you a kick under the table if you’re rambling on or is happy to interject and steer the conversation away from you.

Sometimes, it can be hard as the person who talks too much to curb yourself because you are just so excited and going on like the chatty Cathy you are.

It doesn’t have to come across in a negative way, either.

If you’re the leader of a team, for instance, you can tell your co-leaders that you’re aware that you might not be giving your team enough time to express themselves and find yourself not realizing how long you’ve been talking.

Plenty of people can relate and help you out by pointing it out when they see it or being aware that you don’t want to talk too much.

2. Make a Habit of Thinking Your Thoughts before Speaking

Often, the problem with people that talk too much is they have no “filter” in their head of deciding what to say and what not to say.

People who don’t talk enough will have the opposite problem, where the filter is in over-drive and they have to think about everything they say before they say it, and so nothing ever comes out because the conversation moves on.

If you’re trying to limit how much you talk, try and make a habit of thinking some of your thoughts before speaking.

Don’t just let your mouth go and your mind catch up behind it.

Think a thought, what you want to say in response, or something you want to add to the conversation, and THEN say it, after you’ve decided that it would be good to contribute.

This can be done in a split second. You don’t have to mull over things, but just try and be a bit slower in your responses and in your contributions to the conversation in a more purposeful way.

You might find this enhances the quality of your conversational skills because you’re not just rambling about nothing, and it can also give you a second or two to think, “actually, I’m not going to speak that comment out loud.”

Over time, you’ll develop that inner filter a bit more – just enough to turn yourself back into someone who is merely excited and talkative, rather than someone who talks too much and is annoying everyone around them.

3. Practice Asking Someone Else Questions and Letting them Speak

Often, people get annoyed by people who talk too much because you’re not letting other people talk.

It can be a great skill to learn to force yourself to ask someone else questions and letting them speak without filling every silence.

Yes, it can be a bit of small talk and not necessarily life-altering stuff, but you need to develop the skill of not only letting other people talk, but prompting them to talk.

This can introduce more balance into a conversation, and in turn, you’ll find that you don’t end up talking too much because you’re more equals in the discussion.

If you’ve mastered asking people questions, you should then move on to the art of “letting people talk.”

It sounds like the same thing, but you’d be surprised how many people ask someone a question only to cut them off a few seconds later.

Let the person answer fully and express themselves, and if you see that they are struggling to get the words out or pausing a lot in between talking, let them (even if it’s hard because you want to speak up).

4. Purposefully Cut Yourself Off Before You Naturally Would

Part of the natural “filter” that is missing in someone who talks too much is the ability to cut yourself off in good time.

You may lack a little bit of self-awareness when it comes to how long you’ve been talking, and you just launch from story to story without catching your breath because you simply love to talk and don’t realize how long it’s been.

Practice purposefully cutting yourself off before you naturally would, with the idea being that if you get to the point where you would naturally cut yourself off, you’ve already been going on way too long!

If you finish one story, purposefully stop there and let other people respond or interject with their own stories.

Don’t just keep going without breathing or pausing, even if that’s what you naturally want to do.

This can be odd at first, because to you you might be cutting yourself off too soon, but you’re reading an article on how to stop talking so much, which means you shouldn’t trust your own natural cut off at first!

5. Use a Rubber Band on Your Wrist Hold an Object to Help You Remember

You can read all of these tips, but then go to talk to someone and only remember at the end of the conversation, after you’ve exhausted them, that you were trying to not talk so much.

In this instance, you could pick some sort of object to hold with you when you talk in a group or on the phone, whether it’s a small trinker, or a rubber band that you play with, or a piece of your clothing you fiddle with.

This is going to become your “shut up and stop talking” object, and you should always associate that object with your goal to stop talking too much.

This way, when you touch it, feel it, or see it, you remember what you’re trying to do and start to employ some of the techniques.

6. Boost Your Self-Esteem in Other Ways

Often, people who talk too much are getting an ego boost from talking.

You like having other people listen to you, and this leads to you feeling better about yourself.

So it makes sense that the more you talk, the better you feel, and thus you keep doing it to the extreme because who would want to shut up when talking makes you feel on top of the world?

Often, it’s a bit of both, but if it’s leaning too far on the side of seeking attention, find other ways to feel good and happy about yourself.

If you sat, completely silent, in a room full of people, what areas would you draw your self-esteem from? If no one is listening to you, how do you feel good about yourself?

The answer is different for everyone, and it could be anything from developing your inner voice (ie, the one not said out loud), or it could be participating in hobbies, art, or start placing more emphasis on how you can help people and finding self-esteem in being a good listener.

7. Always Let Someone Else Have the Last Word

People who talk too much often want to have the last word.

They naturally want to tell the last story, finish the conversation with their own thoughts, or always have a response ready to go.

Try to let other people have the last word, to tell the last stories, or to be the ones who respond last.

This can not only help you curb your talking a bit, but it can also help decrease the perception that you talk too much because you won’t be the last person who was talking at the end of a conversation or round of stories.

You should, of course, contribute and respond to a conversation to let someone know you’re listening and there’s nothing wrong with sharing your own stories or anecdotes occasionally, but if someone is telling you a story about how their dog ran away, listen and then ask them a question about it, if appropriate, or express sympathy, and then let them say “thank you” or answer your question and move along the conversation.

You don’t have to be the one who then jumps in with the story of the time your dog ran away or talk about your feelings on it besides expressing sympathy and concern for them.

8. Give People the Sparknotes Version

It might be that you talk too much because you’re not being concise or clear in your conversation.

“Sparknotes” is a study guide website that takes confusing literature works like Shakespeare and breaks them down into shorter and easier-to-understand notes.

Try and do that with your stories and anecdotes, making sure that you’re giving people the concise version that gets to the point rather than worrying about sharing what color your purse was the day you went out when you’re really trying to express to them how bad the traffic was.

This can take practice, but you’ll still get your points across without overwhelming people, and they’ll be much more likely to listen to you.

9. Write or Journal Your Thoughts or Start a Blog

If you want to just vomit words out (great visual, I know), do it on paper!

Try writing or journaling every day before you start the day, and you will usually find that you’re less likely to need to dominate every conversation or talk too much during the day because you’ve gotten a lot of those thoughts out.

Writing is great because people can also choose to read it or not (if you share it with people), and they can read it on their own time and at their own pace.

Starting a blog could be a good option, as well, to get those thoughts out, network with people, and be able to really share how you feel with the world without talking too much in your “real life” offline. 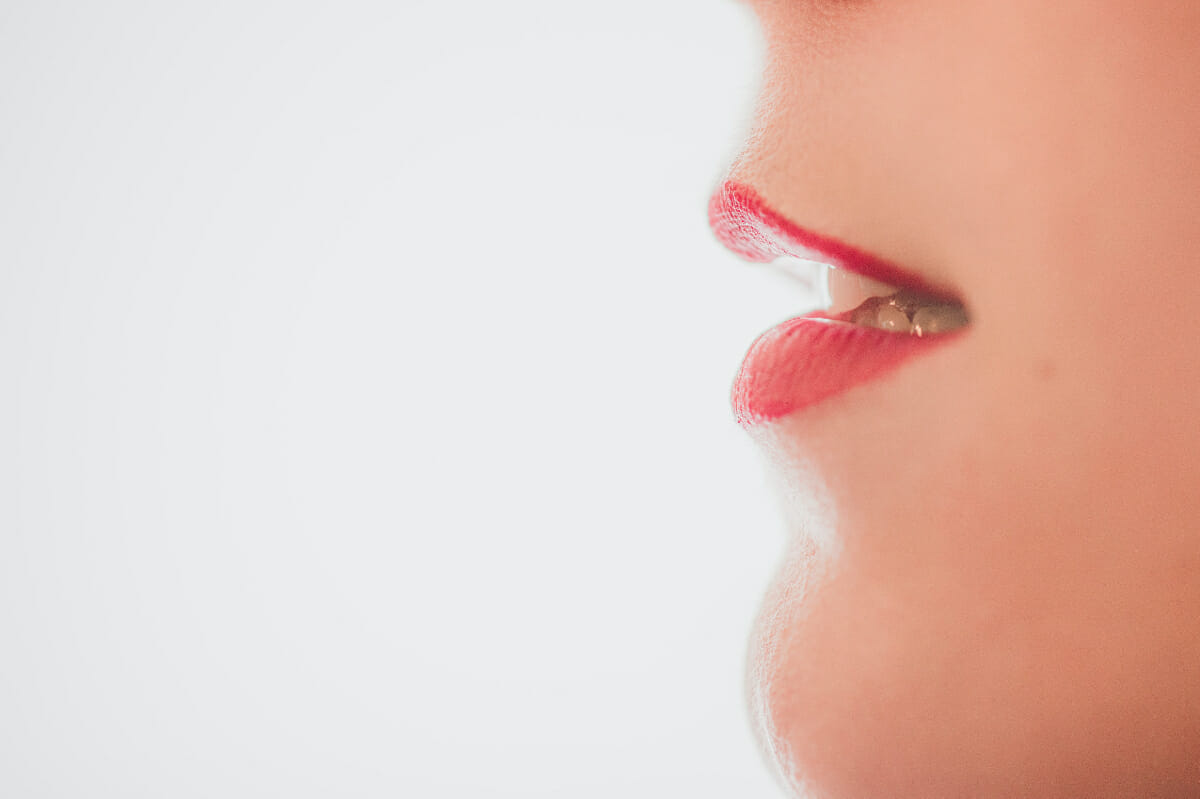