So you said yes to something, but now your thoughts or plans have changed and you’re actually hoping to learn how to say “no” after saying “yes.”

Whether it’s a favor, like helping someone move or designing a flyer for their bake sale, or it’s accepting an invitation to an event, date, or occasion, saying “no” after saying “yes” can be harder than just saying no straight away.

You’ve already gotten someone’s hopes up or let them count on you, and now you have to dash those expectations.

But it’s always within your right to say no after saying yes.

Keep in mind that sometimes it’s actually better to stick to your word and just suck it up rather than changing your mind, but that can be decided on a case by case basis depending on who you’re saying it too.

How, exactly, do you say no after saying yes, though?

Read on for some of the best ways (read: excuses).

1. Stick to Being Upfront with Not Much Explanation

Sometimes, it’s easy enough to just change your mind and deliver a firm, but polite “no” after you’ve already said yes.

You don’t always have to give a long, drawn out explanation.

This isn’t usually a good option if, say, you’re saying “no” to getting married after saying “yes,” but if you said you’d bring chili to the barbecue and now you can’t, it’s easy to enough to say, “Hey, Dave, I’m really sorry but I’m not going to be able to bring that chili anymore. Sorry about that!”

We often overthink saying “no” or changing our plans or realizing something isn’t the best for us, and it’s usually less of a waste of everyone’s time if you stay straightforward and polite about it with a quick note, e-mail, or call.

If they ask why, then you can launch into the reason (or have one prepared).

2. Explain That You’ve Had a Change of Plans or Appointment Come Up

If it’s an event, date, or occasion you’ve said yes to that you now need to say no to, you can explain that you’ve had a change in your plans or something “come up” in your calendar that you can’t miss.

If this is truly the reason, then it’s easy enough to explain. “I’m really sorry, but Susie now has a basketball game that morning that I have to take her to so I can’t make it to breakfast with the girls. I hope you have a great time!”

Alternately, you can use it as an excuse if you’ve found yourself roped into something you don’t want to do.

Does this make you a stand-up person?

No, not really, you should usually be honest if possible, but if you’re dealing with toxic people or a situation that gets a little sticky, there’s nothing like a well-placed fake doctor’s appointment or other non-descript appointment that you just can’t get out of.

3. Use an Emotional Reason Why You Have to Say No after Saying Yes

Sometimes, the reason we say “no” after saying “yes” may be more to do with where our emotions are at and we only know this after we’ve had more time to think about it.

For instance, if you agree to go on a date with someone and then change your mind because you feel like you’re not in an emotional place to date right now, tell them that and just say that you thought your emotions were in a different place, but after thinking about it, you’ve realized you’re not.

You can also cite something like struggling with mental health issues or other negative emotions that mean you are no longer able to uphold your “yes.”

People are often very understanding, and you don’t have to go into extreme detail, but don’t be afraid to be honest with your emotions and what you’re going through.

Again, this is why in some instances, it’s better to just be non-descript and straightforward.

You don’t have to tell Bob at the chili cook-off that you’re saying no because your depression has gotten bad and you find it difficult to get out of bed.

But if it’s something with a close friend or confidant, telling them the real, emotional reason why you can no longer help them or are not in a place to say “yes” usually leads to them offering you support.

4. Tell Them You Think They Deserve Better

If you’ve said “yes” to something that’s way over your head, it can sometimes be easiest to say “no” afterwards by letting them know that you don’t think you’re the right person for it.

Maybe you’ve agreed to be the financial officer for a local charity because you got really excited and wanted to help, but on reflection, realize that you aren’t actually that good with finances and that they need someone with real expertise to make sure they aren’t steered wrong.

Instead of phrasing it like you’re backing out because you’re flaky, phrase it like you’re looking out for them after realizing your own inadequaces.

“I’m so sorry, Sharon, as I know I agreed to be the financial officer for XYZ Charity, but on looking more into it and thinking about my skills, I don’t think I’m the right person for the role. XYZ Charity deserves someone who has expertise in areas I don’t so that you can continue operating above board and in the most efficient way possible, and I don’t want to hinder your success with my lack of experience.”

Be prepared for them to come back and try to convince you to stick to your “yes,” and that “it’s fine” and that you are good enough, so stick to your guns if you truly feel like you’re not the right fit.

You can also make a bit of a joke about it if it’s something less serious, like agreeing to bring homemade cookies to the party.

“Hey Belinda, I know I agreed to bring homemade cookies to your party, but after thinking about it, I’m not sure your guests should be subjected to my baking skills! I can either bring some store bought ones or let you find someone else to bring them who is a bit more of a Betty Crocker. Sorry about that!”

5. Blame it on Sickness or Injury

Being sick or injured is one of the most popular reasons (and excuses) as to why you need to say “no” when you said “yes” before.

If it’s the truth, then simply explaining as much as you feel comfortable what the problem is will usually do. “I’m really sorry but I can’t make it as I have a migraine! Hope you guys have fun”

If you have a chronic illness, it can sometimes be harder to get people to understand, but that’s on them – not you. “Not feeling well” is generally an accepted vague phrase to help people understand why you now have to say “no.”

Some people do use sickness or injury as an “excuse,” essentially faking it, in order to get out of something.

Technically, it works, particularly in a situation where it’s too hard, complicated, or emotional to explain the real reason, but in this instance stick with something like a headache or nausea rather than telling your book club that you broke your leg, only for them to find you wandering around on two working legs in town later on.

6. Use Someone Else as an Excuse

It can sometimes be the fault of other people that we can no longer commit to what we said “yes” to. Maybe you said you would go out for drinks with your friend, but now your mom needs you to take her to a doctor’s appointment.

Maybe you said you’d bring chips to the barbecue, but now you don’t have time to go to the store because your husband booked someone to come look at a leaky roof in your house and you need to be home for it.

Maybe you said “yes” to a large vacation with other families, but your wife doesn’t think your infant is ready for that amount of stimulation or activity.

As long as the other person is okay with you using them as the reason, it can be a nice deflection tactic so you can just shift the blame a little bit and end-of-story. 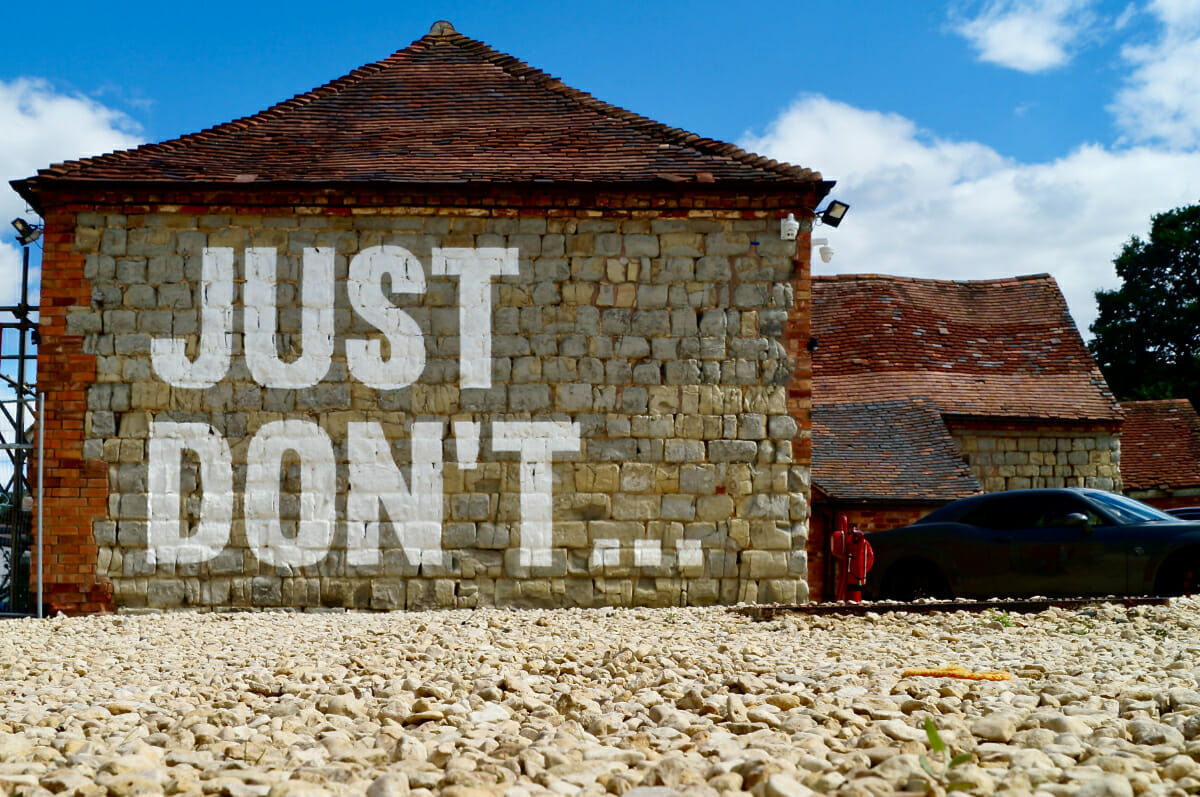