If you’re looking up, “why does my husband lie?” I have some bad news for you – you’re going to need to talk to him to find out.

Now, I’ve got a whole guide on what to do when your husband lies about everything, but you need to make sure that you’re taking care of yourself and figuring out the root of the issue.

Some of the reasons have a lot to do with him and how toxic of a person he is, and a few others have to do with examining your own reactions in the relationship.

But looking up why would your husband lie to you on the internet is a clear sign of desparation and that you feel like you can’t talk to him about the matter, and that is an extremely bad sign that suggests you should look into couple’s counseling, if not separation.

As you’re going through these reasons, remember to try and stay as honest as possible with yourself.

Don’t let yourself be gaslit into beliving there isn’t a problem or he isn’t lying to you if it has been proven he has.

If it’s here and there, for example he tells you he’ll be home at 8 but then insists he said 8:30, it’s likely nothing.

But if you are consistently finding yourself questioning what he said and whether he lied to you, you’ve got major trouble.

1. He’s Covering Something Up that He Knows He’s Done Wrong

If you’re wondering, “why does my husband lie and hide things from me” then chances are he’s covering something up if you have already figured out he’s hiding things.

This could be something as mundane as he bought the wrong cheese at the store to something as horrible as he’s cheated on you, but spouses lie because they know they have done something that is objectively wrong.

This is a huge red flag, particularly if he’s lying to you about something like an affair, your finances or addictions he may have.

2. He’s Ashamed of Something

It’s possible that your husband is lying to you because he hasn’t done something wrong, but rather that he’s ashamed of something.

Shame can be a huge factor that influences our behavior and makes us do things we normally wouldn’t do.

Has he lost his job and he hasn’t told you because he is so ashamed that he got fired?

Maybe he failed a class because he could just never grasp Business Statistics, but feels stupid for it and isn’t ready to face his own shame about the situation.

In these cases, while it’s never a good thing to wonder why your husband is lying to you, you should try to first get him help with his self-esteem and see a couple’s therapist rather than completely cutting off all ties.

If he doesn’t tell you something because he’s ashamed, it means that he wants to make you proud and also struggles with his own confidence issues.

If, of course, the thing he is ashamed about is not something like cheating or gambling your money away!

Some husbands lie to their wives because they’re manipulators, narcissists, or just plain emotionally abusive.

Narcissists have an inflated sense of their own importance and a lack of empathy for others.

They desire attention from wherever they can get it, and it’s possible that he lies because he just has no respect for you or empathy for you.

He could also be doing things like trying to gaslight you, which is to make someone feel like something did or didn’t happen which is false.

If you find that you are constantly disagreeing on what happened all of the time, it might be less a case of either of you’s forgetfulness and more a symptom of someone who knows the truth, but is trying to convince you otherwise for whatever reason.

If you need to start writing things down at the time they happen so you can remember exactly what happened, do that!

And if you need to do that, chances are he’s gaslighting you.

Typically you’ll notice other symptoms of these kinds of things rather than just a random lie that you can’t figure out, but all of these behaviors have to start somewhere so pay close attention.

Abusers and narcissists are very capable of pretending to be someone they’re not until their true selves come out.

Some people are compulsive liars, which means they have a personality disorder or a pathalogical reason to lie with absolutely no clear reason.

It can be difficult to discern this kind of liar from someone who is purposefully trying to manipulate you, but think of it like compulsive lying being an addiction.

They are addicted to lying (compulsively and even about random small things) and many times if you asked them if they would like to stop, they would, but they feel they can’t.

If your husband is a true compulsive liar, this is going to require plenty of counseling and lots of help because it’s just not possible to build a relationship on lies, no matter the reason.

5. He’s Afraid of Your Reaction

The final reason why your husband might lie to you is one that requires some introspection.

Now, it is never okay to lie to your spouse and this does not place the blame squarely on your shoulders, but rathers gives some context and perhaps spreads that blame some.

If you are somebody who typically erupts when your husband tells you he bought cookies at the grocery store when it wasn’t on the list, or maybe you interrogate him every time he mentions a female coworker at the office in a work story, then it’s possible he’s lying because he’s trying to save himself from your reaction.

In his mind, this would probably be saving himself from your overreaction.

Do you berate him or make him feel bad when he is honest that he skipped his workout today?

Do you fall to pieces if he says he wants to go hang out with some friends?

Check your own reactions when he tells you things so you don’t create a loop where he begins to feel like he needs to lie in order to avoid your reaction, then spurring on further problems when it turns into a lying situation. 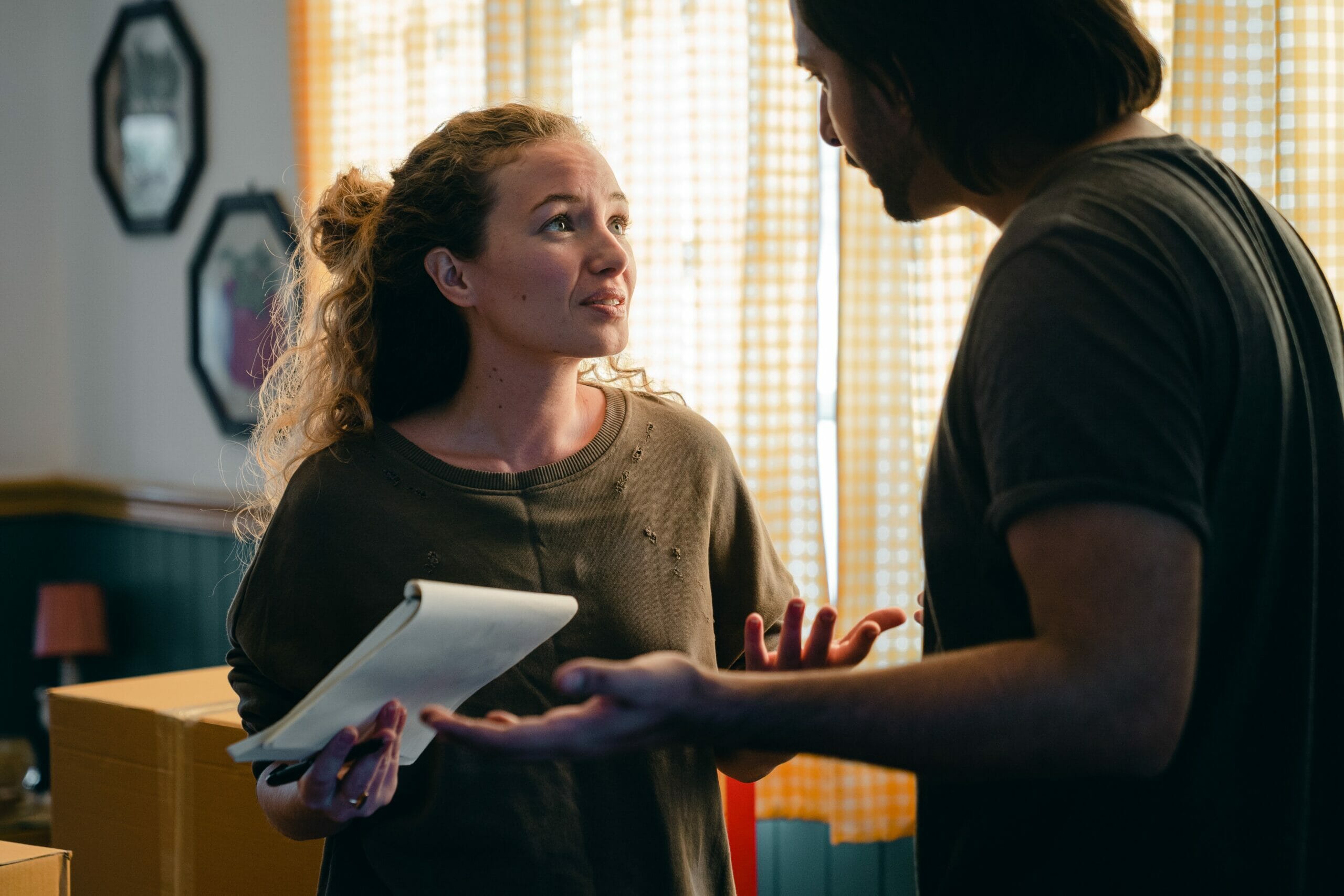