One of my biggest goals in life is to encourage others to learn, once and for all, to stop caring what people think.

It is seriously one of the most freeing and life-changing experiences when you can just stop worrying about other people and do what makes you happy.

This isn’t to say that you can just do what you want if it causes harm to other people, but when it comes to what you wear, what career path you pursue, who you love, whatever – no one’s opinion matters but your own.

I don’t know why we’re so conditioned to care what other people think.

Obviously there can be some societal good that comes from us all having some basic standards, but why do we feel like we can’t be unique or own up to what we like and don’t like without fearing other people’s opinions?

I love the quote that says, “other people’s opinions of me aren’t my business.”

And it’s true. Who cares? You can never truly know someone’s opinion about you, and that opinion isn’t even about you, it’s about who they think you are.

There are so many ways I embrace this in my life.

From the fact that I’m a super picky eater to the fact that I decided to study abroad in London multiple times instead of trying somewhere new to the idea that I make money online, blogging, rather than through a traditional career path – it’s what makes me happy, and I’m very serious in that I don’t care at all what people think about it.

If you’re also trying to learn how not to care about what people think about you, here’s what I’ve learned after a lifetime of shrugging off the haters and just doing me.

Honestly, before you can go and be this person who doesn’t care what people think about them, you’ve got to focus on how you think about yourself first.

If you lack confidence in yourself, there’s no way you’re going to be comfortable not caring what others think.

If you don’t believe in your own self-worth, then you’re going to be constantly trying to get that self-worth from other people.

You have to first make sure that you are happy and confident in who you are, which doesn’t mean that you think you have no flaws or faults, but rather than you know that you are as worthy of every other person on the planet, that you are capable, and that you can do whatever it is you want to do.

If you have problems with your self-esteem, going to therapy is a great way to try to get to the root of the issue and boost your confidence.

Usually the word “should” means that you believe other people, or society as a whole, thinks you should do something?

Ditch the word “should” and identify what it is you really want to do.

You can take the “should” into account if you really want, but if you only listen to the “should” voice, you’ll basically always be living your life based on other people.

3. Remember the Happiness You Feel Being Yourself

When you are totally yourself, unapologetically living life, how do you feel?

Whatever the feeling is, it’s sure to be a positive one if you’ve worked on that self-esteem.

Understand the positive emotional connection that comes with being yourself and how it makes you feel, and use that to propel you to be yourself in all walks of life.

Did you feel great when you were honest that you didn’t want to join the band, you wanted to go take an art class?

Did you feel relieved when you wore the clothes that you wanted to wear, and not what your parents wanted you to wear?

Being yourself and not caring what others think is intoxicating.

Keep that feeling close to you when you need to motivate yourself to do it some more.

4. Surround Yourself with the Right People

Part of the battle for people initially learning how to not care what others think is to make sure that you’re not surrounding yourself with a bunch of rude people.

Make sure that you are surrounding yourself with positive people who care about you and who believe in the power of being yourself, and suddenly you’ll have way less of an issue being who you are.

It’s why people feel like college is the place they truly “learned who they were,” because they might not have been surrounded by support to be themselves in their tiny hometown.

Cultivate those relationships, ditch the people who make you feel bad for what you like, who you love, or who you are, and distance yourself from anyone that you can’t cut out fully.

It’s way easier to not care about other people’s opinions of you when there aren’t even people around who are forming negative opinions.

5. Feel Sorry for Those Who Judge You

Some people will judge you.

Even if it’s in an innocuous way.

“Wow, I can’t believe you and your husband sleep in separate beds!”

“Wow, I would never be as confident as you to wear a swimsuit after having kids!”

Or it could be worse than that, gossiping behind your back, making rude remarks, whatever it is.

Learn to feel sorry for those people.

Know that people who judge other people for being themselves are people who struggle with their own self-esteem and need to feel like they are better than others by putting them down.

And even if they’re not being rude, but they just don’t understand you, so what?

Feel sorry that they don’t have the capacity to understand and move on.

Their opinions of you say more about them than they do about you.

Let’s say you’re a lesbian from a conservative town who wants to come out of the closet, wear bright rainbow clothes instead of your school uniform, and listen to punk rock instead of Christian contemporary.

When you’re working on gaining the courage to be yourself, you don’t always have to show it all at once, on the same day.

You can take it slow, which either means slowly adding parts of your personality that you show to the public, for instance, ditching the school uniform for brightly colored shirts, or you can be your true self but only in front of one other person or a couple of close friends before branching out to the wider public.

At the end of the day, not caring what other people think is incredibly freeing, but there is no shame if it’s something you struggle with.

It’s something that makes total sense for most people, in order to feel like they’re protecting themselves, to not be who they really are or voice their actual opinions.

It may not be something that happens all at once, and that’s okay – it will come in time.

7. Stop Caring about People’s Praise for You

Here’s the hard part about not caring what other people think.

You have to also make sure that you don’t care about how people view you even if it’s positive!

Can’t we just keep the good stuff and ditch the bad stuff?

When we base our self-worth off of what other people think of us, it’s dangerous to get too caught up in the compliments.

If people compliment you, that’s lovely and you should obviously respond with a “thank you,” but don’t obsess over the praise or try to soak it in too much.

Remind yourself that you were just as good as a person before the person complimented you as after – no more, no less.

It’s hard, at first, but there is no freedom in only accepting the positive things people think about you and not the negative, because it’s impossible to do.

The true freedom comes from not caring what people think, full stop.

Living your life on your own terms is one of the best things you could do for yourself and for the legacy you leave behind.

Stay true to that and living unapologetically and you’ll never go wrong (unless you’re trying to do something immoral that hurts other people, then forget what I’ve said!) 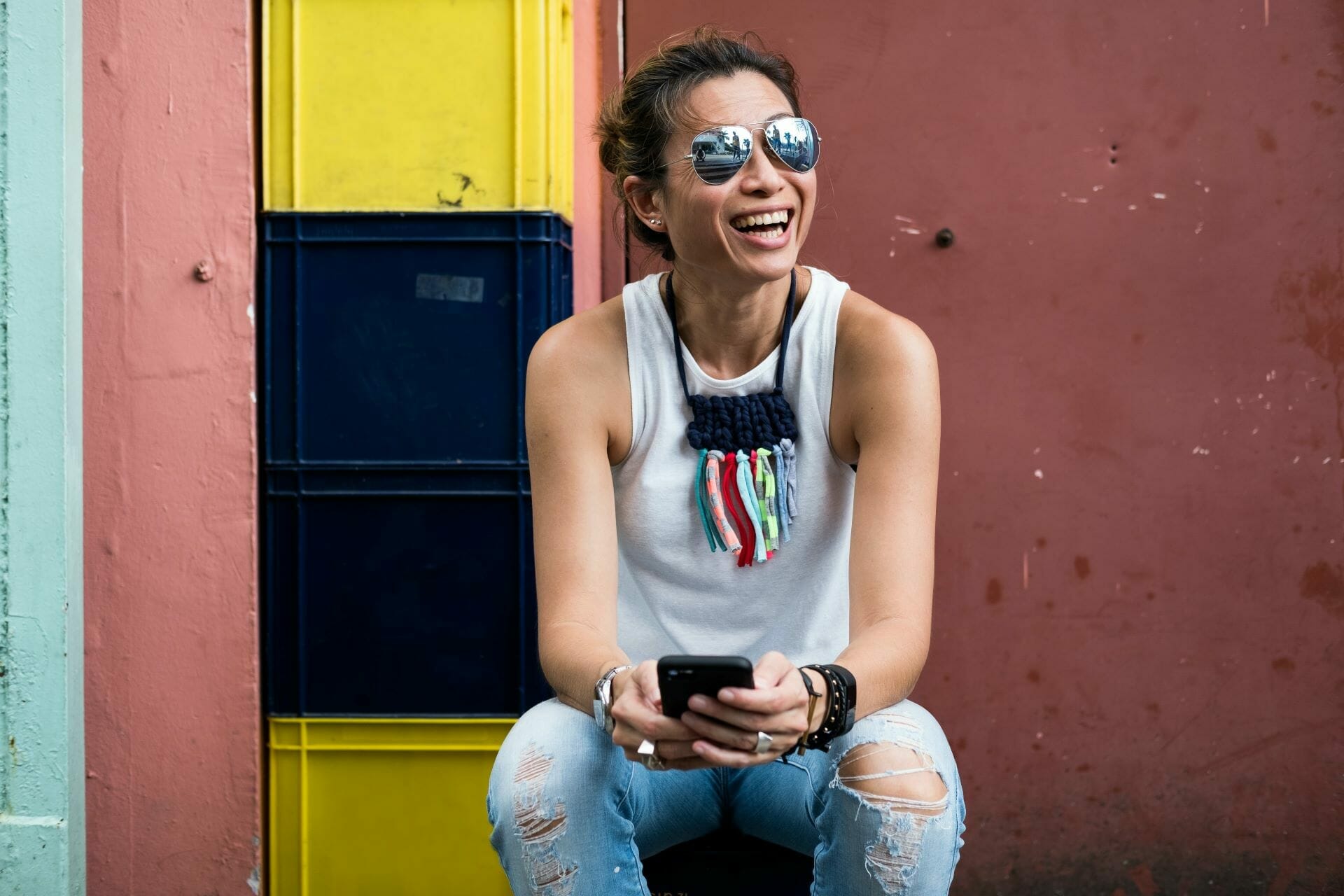