If you’re looking for advice on how to be less annoying, chances are that you’ve been told by other people in your family, friend group, or community that you’re annoying.

Which, eesh, sorry to hear that!

No one wants to be thought of as annoying, a nuisance to have around, but sometimes if you display just the right combination of a lack of social etiquette or attention-seeking behavior (even if you don’t realize it), you might fall into the “annoying” category.

Some advice on this page is totally going to help boost your self-esteem, but there’s also no point in hiding from the fact that you actually might be annoying to those around you and some changes need to be made if you want to have strong relationships.

We’ve done a deep dive into all the ways people find other people annoying, including what “annoying traits” are the most popular in the population, and then come up with our best tips on how to be less annoying so you’ll be able to relate with the world in a more healthy way.

Acknowledging there’s a problem is the first step to fixing it, so let’s dig in.

1. Find Your Community where You Fit

The first thing to consider if people have told you you’re annoying is to assess whether it’s you, or the community you’re involved in.

There is a high likelihood that it might be partly you, but you also might be in with the wrong crowd.

People are different, and you shouldn’t change yourself to match those around you just because.

Think about if the people around you share your values or interests.

If they don’t, try and find people like yourself with the same interests and sense of humor and suddenly, you might not be told you’re annoying because you’re not!

2. Have A Trusted Person Give You Feedback

Another step along the journey of getting rid of your annoying habits is to talk to a trusted person.

It can’t be your mom or someone who is just going to tell you you’re awesome, but a friend or mentor that you feel will tell you the truth if you ask for it honestly.

Tell them that you’ve been told you’re annoying or you fear you’re annoying to others, but make sure they know that they can be completely genuine with you and let you know if you’re missing social cues or other annoying traits.

And that’s another thing – people you trust and who respect you won’t want to call you “annoying” as it’s a highly negative term, but they might be open to talking about your etiquette and “social skills,” which will give you the key to what you need to change without putting them in a place where they feel they’re putting you down.

This is another way to decide if the people around you just suck, or if you really are annoying.

One of the most annoying traits that people thought about others was that they didn’t stop talking.

Learning how to not be so talkative is another challenge in and of itself, but you can start by learning to listen to others and keep your mouth shut.

If you’re the kind of person who is already thinking about what story you’re going to tell after someone else is finished, that’s annoying.

If you’re the kind of person who doesn’t take a breath when you’re talking in a group and don’t pause to ask other people questions or let them naturally get included in the conversation, that’s annoying.

Learn to listen to people, to really put all of your attention on what they are saying before you start to think up how to respond.

This isn’t to say that you should just be quiet and stop talking at all – of course not.

But learn how to engage in a healthy conversation with a solid dose of listening and genuine response, rather than just steamrolling someone.

“Reading a room” is perhaps one of the most vague social skills, but means everything.

To “read a room” means that you’re going to assess the tone and atmosphere of the room and respond accordingly.

If you don’t, then you could end up being annoying.

An example is if the tone of a room is quite serious or somber, most people will pick up on that and behave appropriately.

Annoying people might come into that room (it’s a proverbial room, it could be a conversation with just a few people) and start cracking crude jokes or talking incredibly loudly.

This may be a symptom of focusing too much on yourself and not on the surroundings, or you could have a hard time picking up on the vague cues that tell you what kind of a “tone” is in a room.

Listen to other people’s conversations before you start one.

See how their facial expressions are.

Think about the actual people in the room and what topics might be off-limits for them (are they a rowdy bunch of football players or are they all upper management in stiff suits?).

You’ll be less annoying if you can start to fit into the atmosphere in the conversation you’re in or the event you’re at, rather than standing out for the wrong reasons.

Another annoying trait that many people have is being late to things.

An easy way to make yourself less annoying to others is to respect the clock and get places a little bit early (early is on time!).

If you’re constantly late, you’re sending the signal that you don’t care about other people or their time, and pile on a few other unsavory traits and all of a sudden you’re the annoying friend that no one wants to invite.

If you have trouble knowing how long it takes to get ready or get places, decide how long you think you should give yourself, and then at least double that.

This is an easy trick that helps so many late people turn up on-time.

6. Don’t Make Things about Yourself

Another annoying trait is making everything about yourself.

Some people have this trait, but it doesn’t come from a bad place.

It comes from being uncomfortable in social situations and turning to yourself as a talking point because, well, you know you the best.

Try to actively make things about other people instead of talking about yourself.

Ask them questions, even trivial ones like where they got their shoes or what their plans are for the weekend.

You can share your own stories, of course, but try to cut down on it until you can get a read on what the appropriate level of self-obsession is.

As hard as it is to hear, our opinions are not always needed or wanted, and sometimes it pays socially to just keep quiet on them and let other people have the chance to express themselves.

7. Brush Up on Basic Manners

A lack of manners is definitely annoying, so an easy way to make yourself less annoying is to figure out if you’re missing any basic manners cues!

Most people know the obvious ones, like, you know, wearing clothes to the dinner table and not outright telling someone they’re boring you.

But of course there are plenty of smaller ones, and ones that you might not even realize you’re doing, like chewing with your mouth open.

You don’t have to walk around all prim and proper, and in many cases, this wouldn’t help you fit in anyway and you would then be the annoying one at the rodeo who has their pinky up!

In general, though, “pleases” and “thank you” and taking your hat off at the dinner table and waiting until everyone has their food to start eating are important manners to have to fit in socially and not be the annoying one.

Don’t forget that manners do differ by culture and social group, though, so make sure to observe what others nearby are doing (that you don’t think are annoying) and see if there are any commonalities so that you can apply that to your own behavior.

The annoying traits they have can sometimes be a way to compensate for this negative self-image, which is just a self-fulfilling cycle of an annoying person disliking themselves and then acting in a way that makes other people dislikes them, which creates a loop of negative feedback.

People who are genuinely confident in themselves (in a healthy way, not an arrogant way) are usually not seen as annoying by others because they don’t have to feed their deflated ego with stories about themselves all of the time or feel so insecure that they’re always showing up late.

Work on things that boost your self-image, like positive self-talk, seeing a therapist, or taking part in new hobbies or activities to give yourself some confidence and learn to love yourself in a healthy way.

The final annoying trait that might help someone who wants to be less annoying is talking too loudly.

It doesn’t matter how much you talk or don’t talk. If, when you do, you talk at decibels that are breaking people’s ear drums or making diners at tables around you glare at you because you’re being so loud, it’s time to lower your voice.

This is one of those things that is a little hard to decide on on your own, but if you do talk loudly, chances are someone would have told you along the way.

If you’re a naturally loud talker, but have no other socially annoying traits, then you may be fine.

But if you are someone who runs late, talks loudly, talks too much, is obsessed with themselves, and never takes your hat off at the dinner table even though everyone around you is giving you the side-eye, then lowering your voice can help you stop annoying those around you.

It will have to be an active practice to talk more softly because you have it ingrained in you already, but just make an effort or have a trusted family member or friend give you a nudge when your decibel has gone way up so you can temper that and interact in a more socially pleasing way to everyone else’s ears. 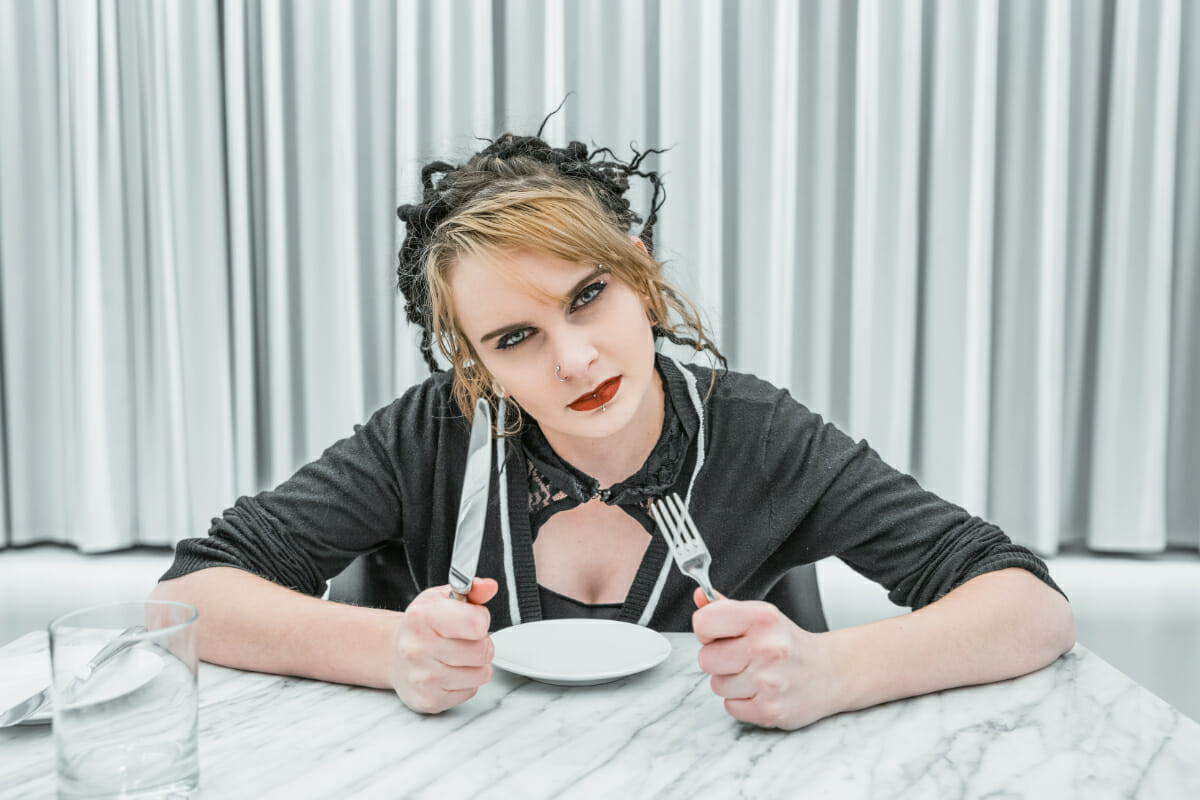