First things first, looking up “my husband argues with me about everything” is a worrying sign, for a few reasons.

Obviously, the fact that he argues with you about everything is a no-go, but also because you’re turning to the trusted Internet in order to help you solve your problems, when really the main person who needs to change or help you solve them is…well, probably arguing with you right now.

In this relationship guide, we’re going to tackle the problem of your husband always arguing with you and help you decide what to do next.

Can You Guess Why Your Husband is Arguing with You about Everything?

While, typically, I’m a huge fan of letting people know that certain things, like arguing early in a relationship, are probably relationship dealbreakers, the fact that we’re talking about your husband here means that you’re a bit more, shall we saw, committed.

In order to dig a little deeper into the problem, you first need to see if you can figure out why he is arguing with you about everything, based on your knowledge of him and other behaviors.

Has the arguing been going on since you were together?

Has something changed recently after a traumatic event in his life?

Does he seem depressed or dealing with mental health issues in other areas of his life (or suffering from low-self esteem or self-loathing?)

Is there anything else shady going on, like he tells you he’s always working late when he never used to?

Is he being secretive?

Figuring out your best guess to what might be going on is going to help you figure out how to talk about it.

If he’s being secretive or dismissive in other ways, you might want to look at the option that perhaps he is seeking relationship comfort elsewhere or his feelings about you have changed (yes, this is as horrible as it sounds, but you have to keep it in mind).

If he has suffered from mental illness in the past or you notice other signs of something like depression, whether physical or mental, it may be that the arguing with you about everything is a symptom of the disease and not a characteristic he has suddenly taken on.

Similarly, if there has been a tragic or life-changing event in your lives, from something as serious as death to something like changing jobs, you can explore that route as a possibility of why he might be ready to jump on an argument over everything.

How to Talk to Your Husband About It

To talk to your husband about the issue, it’s super helpful to first have a guess of why he might be acting that way, as if you think he might be depressed, it’s going to be a different conversation than if everything else seems fine and he just seems to…hate you.

For the first conversation, keep it about you as a couple. Instead of saying, “you argue with me over everything,” say, “we get into arguments over a lot of things, and I really want to try and change that because I love you and I don’t want to argue.”

The true tell of if your husband is really committed to making a change or his intentions in arguing with you is how this conversation goes.

If you get into an argument about arguing, well, then, there’s your answer.

However, it may be that your husband is feeling really stressed or struggling with mental health issues that he doesn’t realize (or is trying not to think about), in which case you may have a fruitful conversation about how he feels the same and doesn’t want to feel that way all of the time.

That, of course, is a really “light touch” conversation, and NOT to be used if your husband is being abusive in any way.

Also, if this has always been the case, ie, this problem has started early on in your relationship, you need to have more of a “come to Jesus” talk about how it’s not acceptable and you want to get along and connect, but you can’t do that while he’s picking fights over every little thing.

What if Your Husband Doesn’t Change or Care?

If you and your husband can’t have a somewhat positive conversation about changing the arguments, or he doesn’t seem to care, or he promises to change but doesn’t, then you have two options.

The first is you take the issue to couple’s therapy, which is a perfectly legitimate way to work through problems in your relationship.

In fact, many people go to couple’s therapy even before there are problems in their relationship so they can “maintain” it, so you definitely shouldn’t feel ashamed of going at any point.

This would be more useful if your husband wants to change the dynamics between you, but you keep falling into old patterns.

If he doesn’t seem to care about the issue or is resistent to going to therapy, even if you put it down as an ultimatium, you need to think strongly about your marriage and whether it’s one you want to stay in.

Yes, ending a marriage is a huge thing, and you should really take the full context of the relationship into account, not just the arguing over everything, but you don’t want to spend the rest of your life with a person who won’t cooperate, doesn’t want to fix your problems, and always finds faults with everything.

Value yourself and your time and your self-worth, and don’t settle for anything less, no matter how long you’ve been with someone. 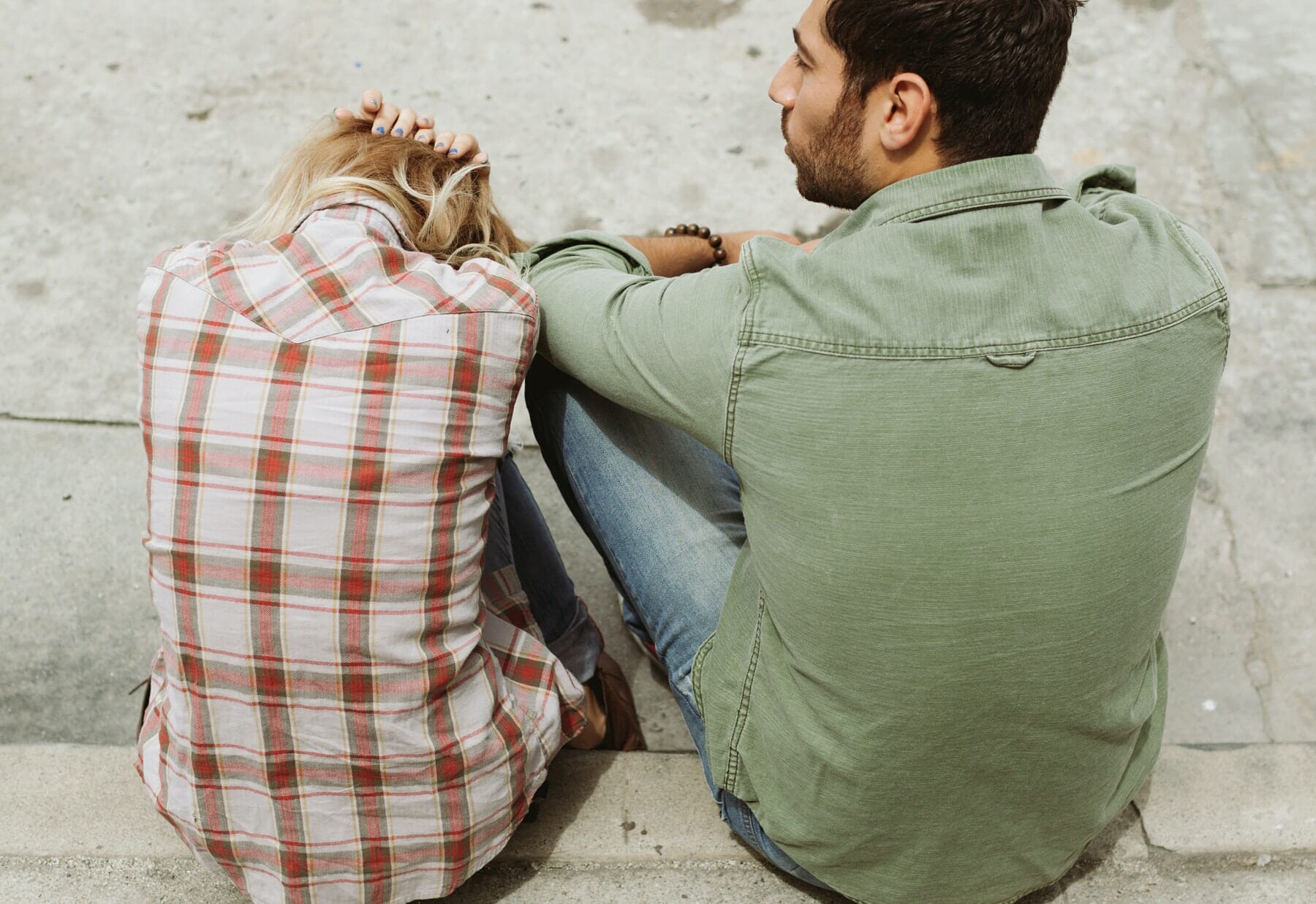